Our Brothers. Our Future.

Make your gift today, and help build the next generation of better men.

Undergraduate brothers today are met with a very different college experience than those encountered only 15 years ago—one abounding with varied opportunities and challenges.

Whether positive or negative, there are several dramatic changes worth noting.

A competitive job market has created high demand for students with professional skills right out of college. Among current job candidates, soft skills are often listed as being especially lacking. Neither professional nor soft skill sets are being adequately provided by universities, particularly not in tandem.

Ever-increasing tuition costs contribute to mounting debt and considerable stress for students. Brothers today are looking to make the most of every advantage available to them during their college years. That means investing time and money wisely.

While the college campus was once the epicenter of all student activity, today's campuses are more spread out and will continue to evolve that way over time, the effects of which are just beginning to reveal themselves.

In the face of all these changes, it may seem expected that fraternities would decrease in popularity, however we're currently seeing the highest rate of membership at Delta Sigma Phi in our history. Trends in college enrollment suggest it will be difficult to maintain this trajectory. 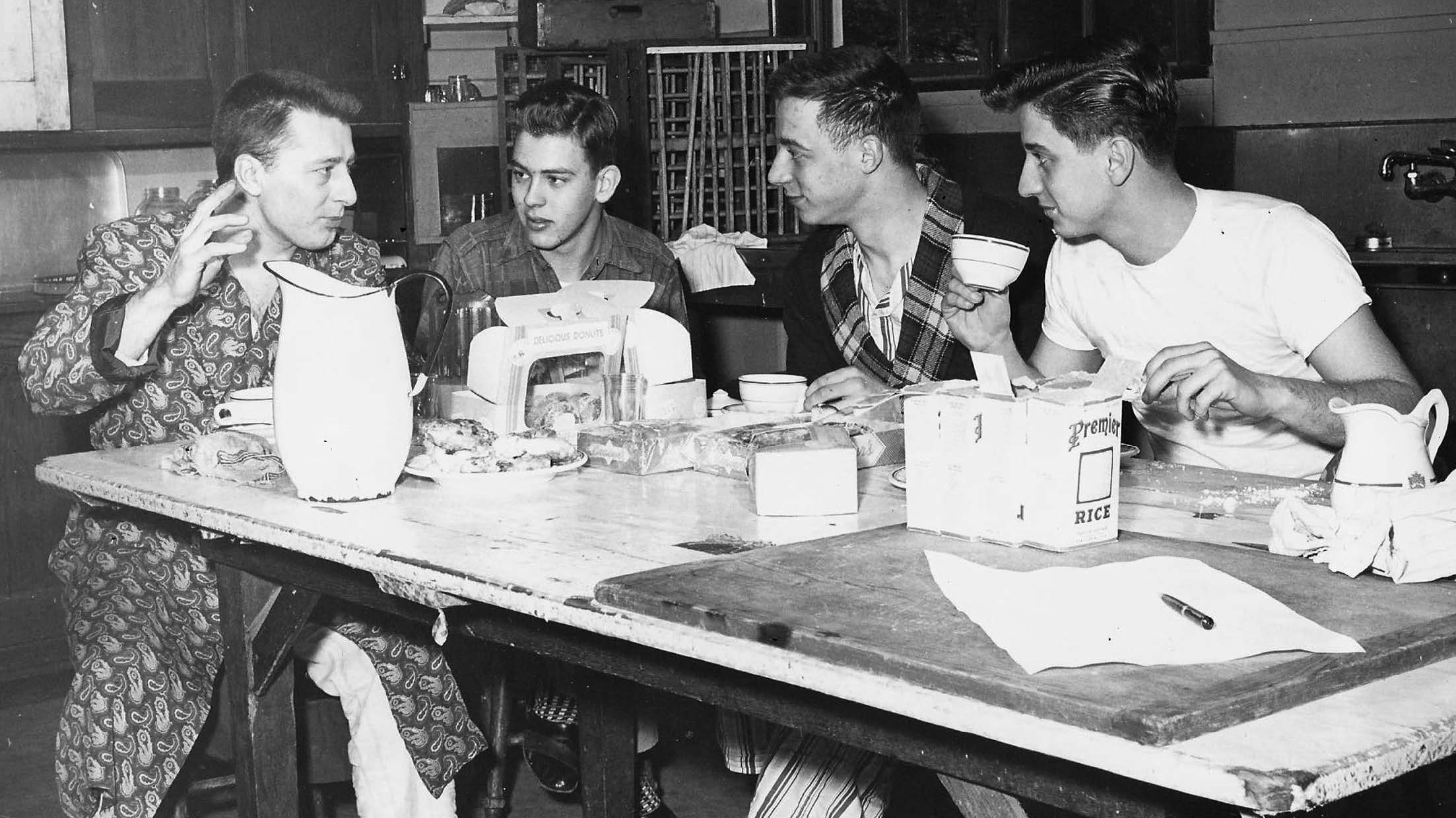 "We challenge our men to be atypical, to break the mold, to be a beacon of strength for humanity."

What is attracting new brothers to Delta Sigma Phi in record numbers?

Delta Sigma Phi has built a reputation for empowering our brothers with the professional and social skills to carry them successfully through life. By providing resources, support, and opportunities to become exceptional leaders, we have created a culture that allows our brothers to be competitive in their schools, careers, and communities.

A resurgence of deep interest in giving back and pursuing work that is meaningful has made values-focused messages more resonant than ever. Attracted by our values-based leadership training, young men come to Delta Sigma Phi looking for guidance to help make the world a better place, and they leave confident and inspired.

With campuses becoming more decentralized, there's an increased value put on coming together to develop relationships and build a network. These relationships last a lifetime and those foundational years spent together instill in brothers the type of social skills that are in short supply in the current job market. 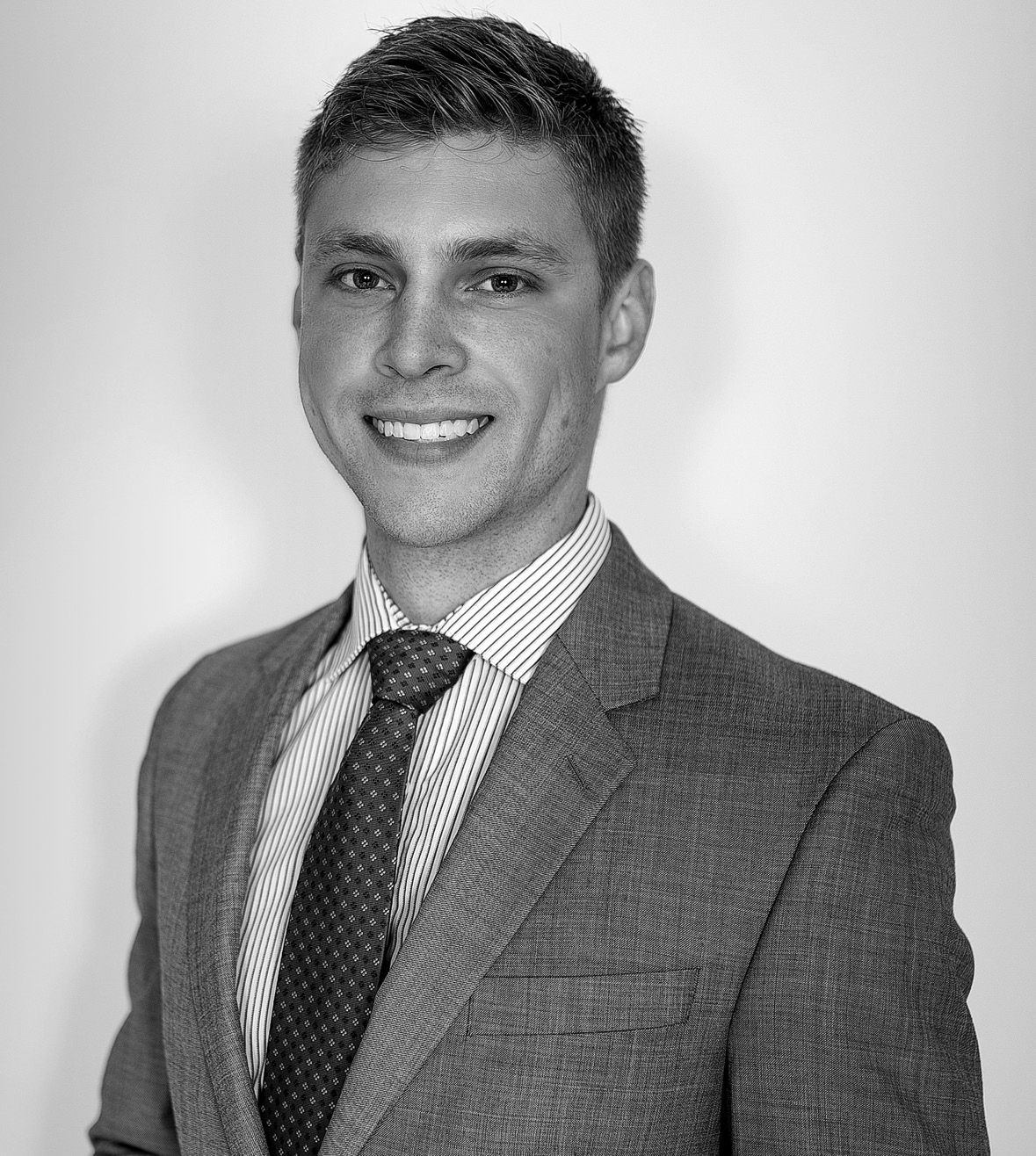 David Lecko may only be 30, but the Missouri University of Science & Technology 2010 initiate is already making waves in the tech industry. David is the mind behind TechniPhi, whose chief product, ChapterBuilder, now helps more than 50% of all campus-based fraternities (about 6,000 chapters) to track recruitment efforts in a user friendly way. It has revolutionized how fraternities recruit young men.

David joined Delta Sigma Phi the way many do. A friend introduced him to the Delta Epsilon Chapter, he participated in some campus activities, and was later invited to join. He credits his undergraduate experience with instilling valuable leadership and mentoring skills, problem solving, and living a life driven by strong values. "Now I keep a David Lecko code of conduct in my phone," says Lecko. "It sounds like overkill, but it keeps me on track."

Not surprisingly, David served as a recruitment chair as an undergraduate, and was heavily involved with Delta Sigma Phi's Regional Leadership Academies, and the annual recruitment and new member education program—The Bruce J. Loewenberg Membership Summit. It was when he was mentoring a new chapter recruitment chair that Lecko realized he could build a technology to aid in recruitment efforts—and ChapterBuilder was born.

Humble, despite his tremendous success, he shares "How can you imagine success without other people?" Lecko credits Delta Sigma Phi as making his career choice of promoting fraternities and sororities a possibility, and today he is paying it forward by empowering Delta Sig with tools to bring in the next generation of young men. 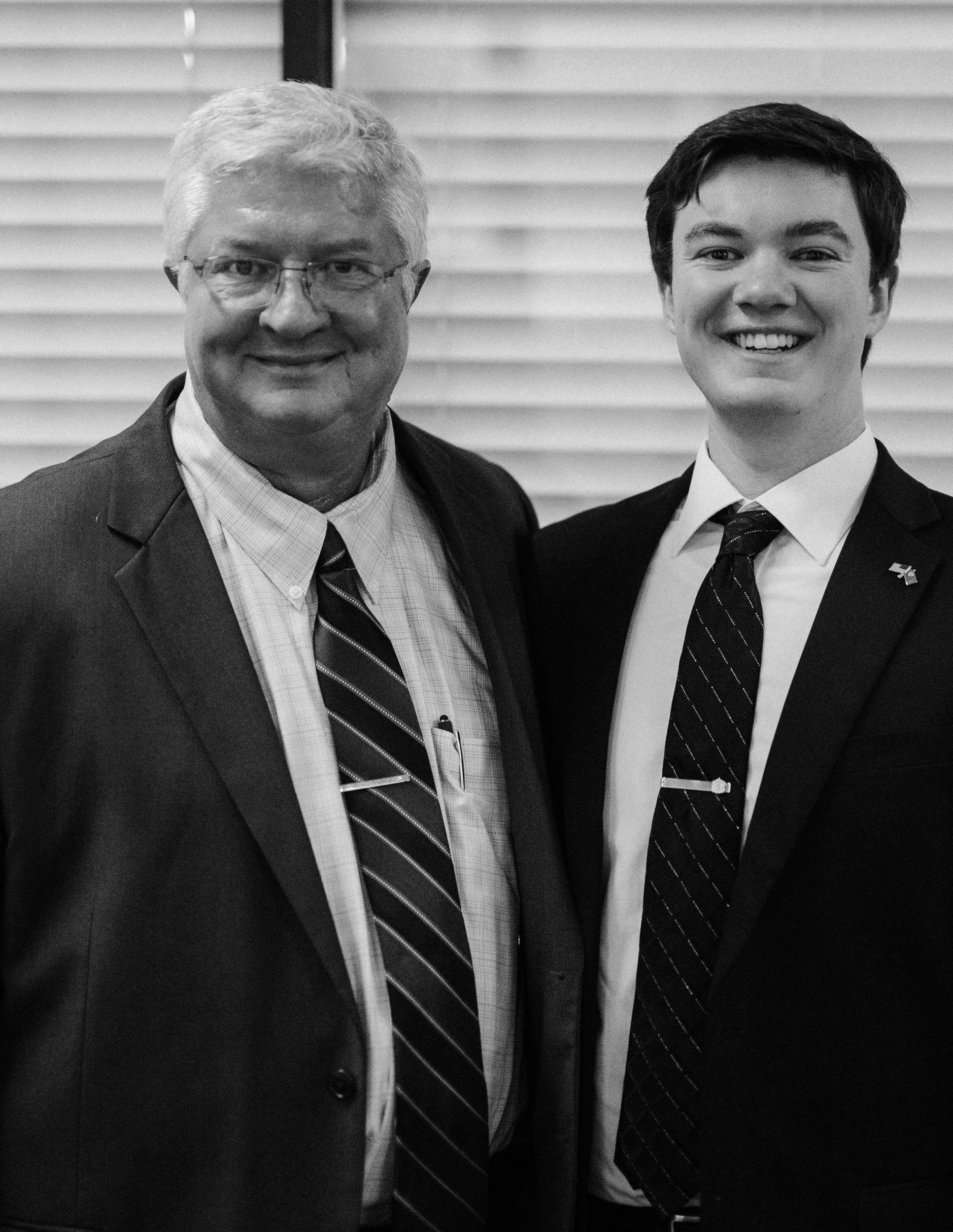 Tom Brimer had a lot of preconceived notions about fraternities, from college until later in life. When his youngest son, Taylor, first asked for money for fraternity dues, he was taken aback. Was his son joining the ranks of the spoiled adolescent boys he thought comprised the entirety of the fraternity world? He decided to trust his son, which became his own first step to becoming a brother of the Theta Eta Chapter at Texas State University – San Marcos.

Taylor hosted the chapter's executive board strategy retreat at the Brimer residence. Tom and his wife spent the next four days getting to know the brothers of Delta Sigma Phi firsthand, and were shocked to learn that these men were nothing like his mental picture of a fraternity. Tom also saw the positive effect the fraternity experience was having on his son, while Taylor's self-confidence continued to soar.

Tom has become convinced of the sincerity of Delta Sigma Phi's purpose. "It's based on leadership," said Tom. "It is a system to make each other better, challenge each other and hold each other accountable."

Tom was floored when his son later asked him to become a brother of the chapter as an alumnus initiate. "I'm very proud that Taylor would even consider me to be a brother. I felt a great sense of pride in that." On November 12, 2017, Tom was initiated into the Texas State University chapter by his own son, and became part of a special bond that extends beyond family.

Tom and his wife continue to open their house to the men of the chapter, and love every chance they get to spend with the men of Delta Sigma Phi. Taylor has served two consecutive terms on Theta Eta's executive board, first as secretary and more recently as sergeant at arms.

The challenge we face

As times change—needs of the job market and the world alike—we have to stay relevant and provide our brothers with the highest-demand skills that will give them every advantage in the next stage of their lives. Expanding our reach and relevancy entails a great deal of research, program development, and training, but it is an essential component of fostering our legacy. It's an investment we cannot afford to push down the road.

Currently, undergraduate brothers cover most of the costs of leadership programs, resources that could otherwise be invested in further innovations for these programs as well as improved support for chapters. The success of Delta Sigma Phi is dependent on our ability to develop long-term sustainable chapters. We need to move beyond simply maintaining current programs and proactively pursue what's next.

We're in a position where people trust us to provide them with life skills and strong personal values. This is what's drawing new members. If we fail to stay ahead of the curve and provide relevant programing, someone else will—diminishing our numbers, our support network, and our legacy in the process. 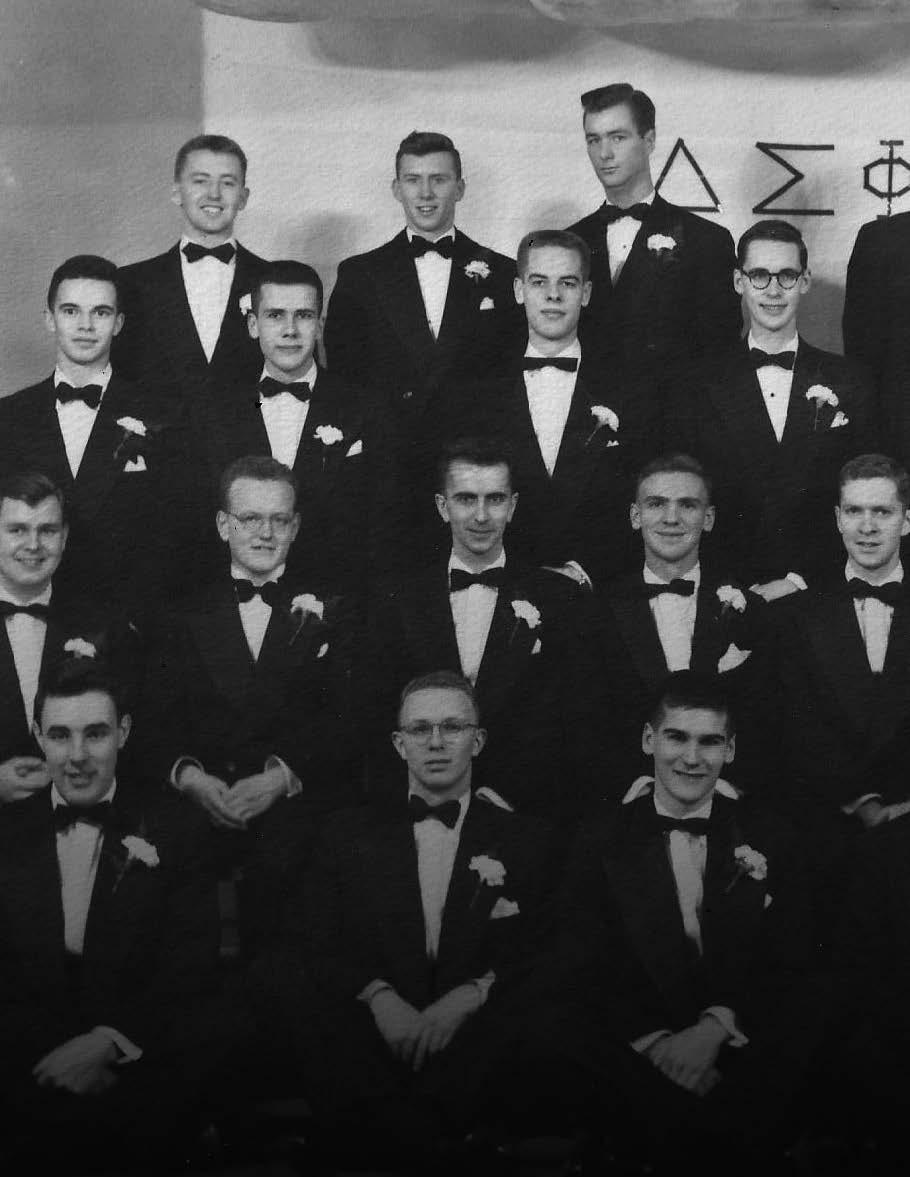 We need your help.

Our goal is ambitious, yet achievable.

As a member or friend of the Fraternity, you know better than anyone the power of Delta Sigma Phi to positively influence young men and set them on the course to live their best life.

The LAMP is Delta Sig's exclusive portal for online eduction. With this money, we will expand our offering for life skills, professional development and Fraternity resources.

Every day, Delta Sig faces opportunities that need immedate attention and funding. This money will be applied where it's most needed.

This ongoing endowment will help support current and future costs for our primary educational programs.

The Endowment will fund
these programs for the future:

The Leadership Institute (LI) is our flagship educational program. This five-day event provides an immersive experience that teaches values-based leadership through curriculum centered on Kouzes and Posner's "The Five Practices of Exemplary Leadership." Founded in 1993, and formerly known as the College of Engineered Leadership, this program has given more than 1,100 participants the critically important skills of principled leadership.

This three-day training initiative is for undergraduate Chapter Presidents. Here, these officers learn and share best practices in management and leadership through self-assessments, keynote presentations and individual coaching to help each president learn more about his specific strengths and abilities.

Held in major metropolitan areas across the country, LEAD Weekend focuses on role specific education to chapter officers and leadership training to emerging leaders. Volunteers will also participate in the Cycyota Volunteer Institute and will gain insight into how to properly advise and coach undergraduate officers and chapter members. The following participant tracks are held at each LEAD Weekend:

Held during the LEAD Weekend programs across the country, the Bruce J. Loewenberg Membership Track is a leadership development track for undergraduate recruitment officers to better learn how to identify, attract and retain the best members for their chapter.

The purpose of this program is to increase members’ confidence in communicating with others. Men of Courage are able to interact effectively, speak openly about their beliefs, and assert themselves when necessary without giving in to aggression.

Members will be taught to recognize the need to think critically when making a decision. Participants will gain confidence in not only challenging their peers, but being Men of Action to create positive change.

Participants will practice networking, identify which qualities they wish to seek in a mentor and begin building a personal Board of Trustees. They will learn to become Men of Excellence by creating meaningful personal and professional relationships.

What and how you can give.

What's the best way to give?

Our goal for this campaign is to raise 70% in cash and pledges and 30% in planned gifts. If you’re able to do so, the best case scenario is for you to make a cash/pledge and a planned gift.

Several ways to support our campaign:

1. Multi-year pledge (5 year pledges are most helpful for planning purposes)
2. One-time gift
3. Planned gift (your chance to leave a legacy)
4. Combination of the above

"Ever convince the world of the sincerity of our purpose."

Tailor your donation
in different ways.

You can earmark all or part of your gift for a specific program or multiple programs. This money can be used to sponsor men from your chapter to take part in leadership training or other educational opportunities offered by Delta Sigma Phi.

A primary focus of the Our Brothers Our Future campaign is to build our endowment of funds that will be used specifically for educational and leadership programs and initiatives.

To start an endowment in someone’s name, a gift of $25,000 or more can be made (donors have up to five years to reach this amount). Income from this fund will be used on an annual basis for the fund’s purpose, which can also support multiple programs and men from your chapter.

Customize your giving even more.

If you’d like to impact the Fraternity or your chapter in specific ways, you are more than welcome to do so. Here is one examle of how you can divide your giving, but the possibilities are up to you.

earmarked for one brother
from your chapter to attend LI

earmarked for men from your
chapter to attend any other program

Let your success strengthen others.

This is your opportunity to let your success in life strengthen others. As you know, we take special care to identify men of strong character to join our Fraternity and offer them the tools to learn, to challenge themselves and to grow them into strong leaders. We expect our members to live up to their potential and that means we must be prepared to support their development.

Rise to the challenge.

This is an important time in our Fraternity’s history. The progress we make right now will affect the legacy and future of our membership. Together, we can create a better world for ourselves, our fraternity and all mankind.

Make your gift today
and help build the next
generation of better men. 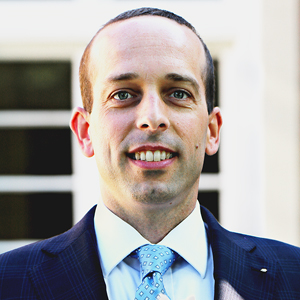 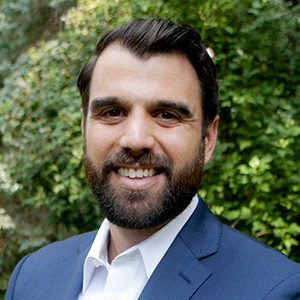